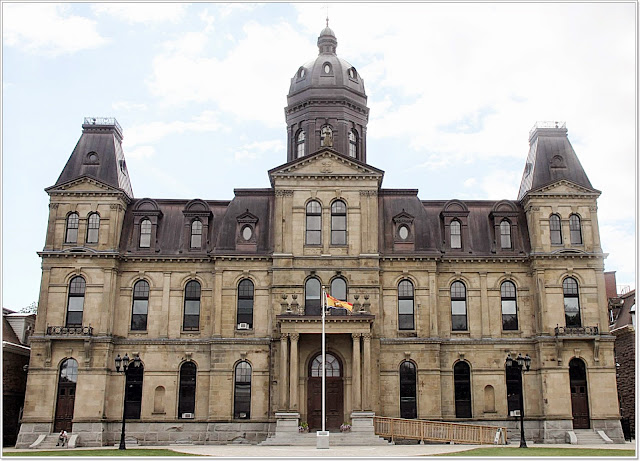 Years have passed, governments have come and gone, but still the elected  members of
the New Brunswick legislative assembly, despite international recognition for its parent
advocacy driven early intervention and school autism services, have not seen fit to provide
a systemic adult care autism system in New Brunswick.

The following blog commentary is a re-post, word for word, of a commentary I posted on May 5, 2009: Autistic Adult Care Improvements Long Overdue in New Brunswick.  Since then one group home has received some training for staff from UNB via the Department of Social development. Beyond that though there has been very little progress. As I said in concluding 6 years ago:"The time to help autistic adults is overdue though ... long overdue"  Today, over 6 years later, that statement is truer, and sadder, than ever:


I have said often on this blog that I am very happy with the progress that has been made here in New Brunswick in addressing the needs for evidence based autism treatment and in ensuring that autistic children receive a real, quality education. There are still problems that have to be addressed concerning preschool interventions for and education of autistic children but the distance we have traveled in the six years since then Health Minister Elvy Robichaud announced in the New Brunswick legislature that the government was committing funds specifically to autism is remarkable. That progress has, for the most part though, been confined to autistic children. New Brunswick's adults with autism disorders are badly in need of improvements to the barely existent residential care system for autistic adults.


Despite the substantial, and increasing, numbers of autistic adults and the complexity of the challenges they face New Brunswick does not have a residential care system dedicated specifically to adults. New Brunswick adults with autism who require residential care currently live in group homes with persons with other challenges. The problem with a general residential care system is that the staff working in such places will not generally have autism specific training. Nor are the locations necessarily appropriate for persons with autism disorders.

The good will of New Brunswick's political leadership, from either of the two parties that have governed, is no longer a matter of debate in the mind of this autism dad. The path to progress began under the Conservative government of Premier Bernard Lord and has taken some major leaps forward under the Liberal government of Premier Shawn Graham. It would be dishonest for me not to acknowledge what both leaders and their parties have done for New Brunswick's autistic children. Far from slamming these leaders and their parties I personally thank them for what they have done to help our children with autism spectrum disorders.

The story is different though when it comes to New Brunswick's autistic adults where all aspects of autistic life have been largely neglected or mishandled. While there are many pressing needs at the adult level the fact is we have long been in desperate need of an autism specific residential care system with properly trained personnel. Such a system would require autism specific residences in each region of the province with autism trained staff.

There is also a need for a central adult autism treatment and residential care facility in Fredericton. That need is proven by the fact that New Brunswick has sent its more severely affected autistic youths and adults to facilities outside the province including to Maine in the United States. We currently have autistic adults living in the psychiatric facility in Campbellton. I know of at least one instance in Saint John where an autistic adult was living on a hospital ward. In the past an autistic youth, charged with no crime, convicted of no crime, was housed on the grounds of a youth correctional facility in Miramichi while awaiting a spot at the Maine facility.

The talent reservoir for the establishment of an adult care centre already exists in Fredericton which is centrally located providing relatively convenient access compared to more remote locations. The Stan Cassidy Centre which provides pediatric tertiary care services is located in Fredericton on the grounds of the Chalmers Hospital. The main campus of the University of New Brunswick and its excellent, community involved, psychology centre is located in Fredericton. The UNB-CEL Autism Intervention Training program is located in Fredericton and has already indicated that it foresees no problem in developing a training program for adult care workers. All of these resources could be drawn on to supplement and support a modern, secure community based and autism specific residential care and treatment facility.

New Brunswick needs a publicly operated, not for profit, community based residential care system for autistic adults with facilities in each region and a central facility in Fredericton capable of providing in house residential care and treatment for the more severely autistic adults for whom the group homes have already been proven not to be a solution. The political leadership of this province has shown a conscience, substantial good will, and determination in helping autistic children. The time to help autistic adults is overdue though ... long overdue.
Posted by Unknown at 12:11 pm