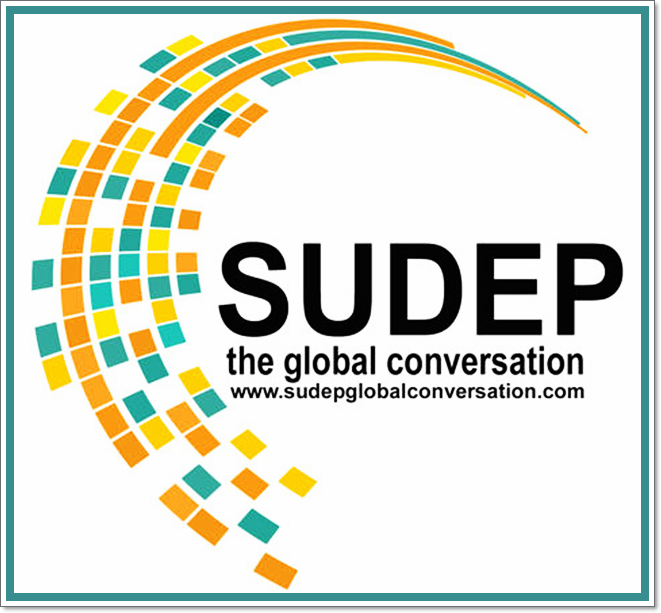 Many with autism disorders also suffer from epileptic seizures and should be aware of the risk of SUDEP, Sudden Unexpected Death in Epilepsy.  The following is a News Release about SUDEP the global conversation a joint effort of several epilepsy and SUDEP awareness ogranizations in the US, Canada and Australia:


Families, researchers, clinicians and organisations unite to promote a global conversation on sudden death in epilepsy


A global collaboration of charities, researchers and families has created a unique online knowledge resource on sudden deaths in epilepsy. This new, web-based ’Global Conversation’ combats the myth that seizures do not kill.

Sudden Unexpected Death in Epilepsy (SUDEP) is when a person who has epilepsy dies suddenly and unexpectedly, with no other cause of death established. It accounts for the majority of deaths in people with chronic epilepsy. Deaths are also caused by accidents, status epilepticus, and suicide.

Jane Hanna, one of the editors, who has campaigned for awareness and action on epilepsy deaths since her partner died suddenly in his sleep, aged 27, in 1990 said: “The mortality burden of SUDEP alone is high, second only to stroke amongst all neurological disorders because so many of the sudden deaths are in young people. Most people with epilepsy will live a full and normal life but we need to acknowledge the risks, especially with convulsive and night-time seizures. There are simple measures that can be taken that are known to reduce risk that people may want to know and try.“

The new ‘Global Conversation’ website www.sudepglobalconversation.com combines the latest research by international experts with the powerful accounts of bereaved families making it easily accessible to anyone in the world.

The ‘Global Conversation’ will also be promoted at an exhibition at the American Epilepsy Society annual meeting in Seattle, between 6-8 December, 2014 which will be attended by about 4000 delegates.

For over 100 years, a myth that seizures were not fatal hindered research and action to prevent epilepsy deaths worldwide. The myth was first broken in 1996, when the hard and long journeys of some tenacious families collided with those of pioneering researchers and clinicians from all over the world.

The success of the ‘Global Conversation’ is attributed to a powerful three-way collaboration between SUDEP Action, Epilepsy Australia and Canada’s SUDEP Aware which, together, reach out to research teams from many countries and over 60 experts from around the world, to gather and disseminate the latest information worldwide. It follows SUDEP Action’s (the working name  for Epilepsy Bereaved) campaign during the 1990s, which sparked a partnership between the UK charity and Epilepsy Australia in 2005.

The new, web-based resource follows the success of two books that were produced by the partnership with more than 16,000 hard copies distributed to epilepsy communities around the world at international conferences held in Paris, Rome, Chicago, Montreal, London, Glasgow, Singapore and India, between 2005 and 2014.

The original books online have received more than 300,000 hits.

Sudden Unexpected Death in Epilepsy (SUDEP) is the term used when someone with epilepsy dies suddenly, often after a seizure that involves a loss of consciousness.

Dr Rosey Panelli, International Research Officer at SUDEP Action, who alongside Tamzin Jeffs, from SUDEP Aware, is promoting the resource at the Annual Conference of the American Epilepsy Society said, “By working together we can push forward the global conversation on SUDEP, which is vital to research and action on SUDEP wherever we are in the world.”

Yes seizure kill for example my maternal aunt died of a seizure in her sleep in 1999 left behind 2 small children. She had seizures from child hood along with her older brother who has a seizure alert dog with him to prevent what happened to her from happening to him. I nearly had a seizure due to low blood sugar unknown cause in january this year it felt like having stroke while going blind thank you lac usc los angeles hospital for saving my life. I have nf1 and autism as well.

Thanks for this info, Harold... My son's neurologist wanted to increase his AEDs, and change them around, claiming SUDEP would occur. The little bit of info I was able to unearth indicated a statistically significant correlation with changes in medications. Sometimes I feel like I should have a whole string of additional post-graduate degrees: the research never stops, and requires grad-level effort: who is the author? credible? detractors of the thesis? etc... At least since it's my son, and I'm not publishing, I don't need IRB review.