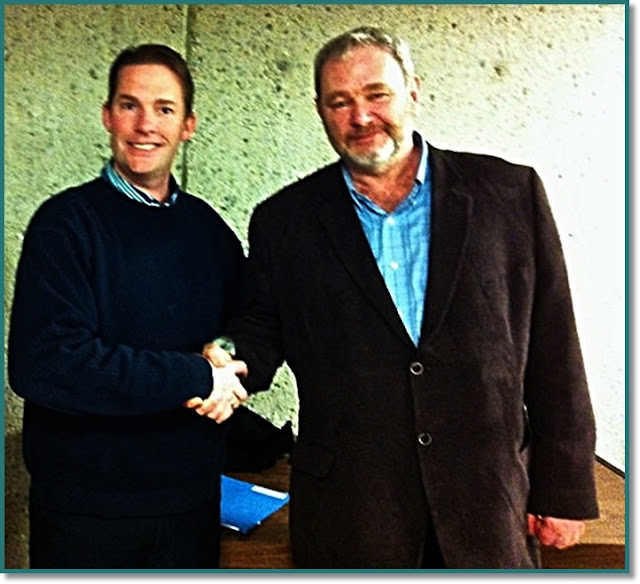 The Autism Society New Brunswick meeting last Saturday March 23, 2013 was scheduled to be a regular meeting with election of a new Board of Directors and routine business.  That plan was changed, the election was adjourned, at my request, and after passage of a motion to that effect, and the routine business, for very good reason did not take place.  Instead ASNB took full advantage of the presence at our meeting of Education and Early Childhood Development Minister Jody Carr.

Minister Carr had to adjust his schedule to attend and we only received confirmation he would be there the day before the meeting. The brief notice though did not reflect the nature of Minister Carr's attendance.  He was present for the entire meeting, he participated actively throughout, took notes and answered questions openly and directly.  In the 12+ years that I have been an active autism advocate we have had meetings with premiers and cabinet ministers in their offices but this was the first time  I know of that a cabinet minister actually came to one of our meetings.

Education and Early Childhood Development Minister Jody Carr attended our meeting and to his credit was fully engaged.  Details of the meeting and discussions with the Minister will be published soon.  For today I would like to say thank you to Minister Carr for his presence and active participation at our meeting.  We look forward to future discussion with you,  and hopefully your colleagues, of matters affecting New Brunswick children and adults with autism.


Can I just say, this blog is what got me through the day today.
Every time I read it, I just get more and more excited about whats next.
Very refreshing blog and very refreshing ideas.
Im glad that I came across this when I did.
I love what youve got to say and the way you say it.