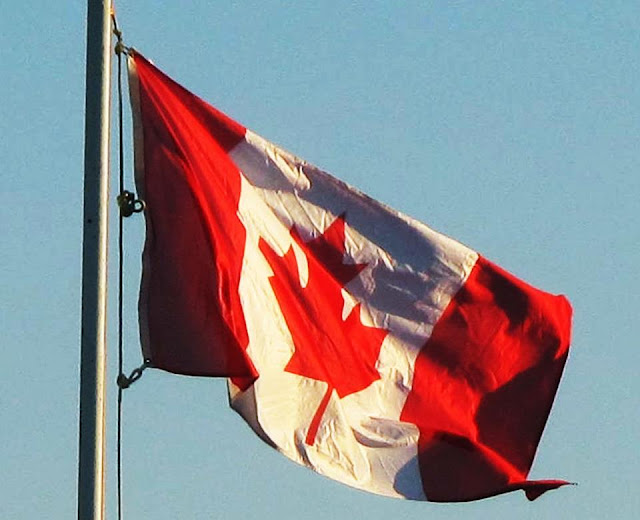 At one time the argument might have been made that Canada led North America in terms of provision of evidence based treatment for autism.  Strong parent advocacy had made gains in encouraging provincial governments in British Columbia, Alberta and New Brunswick to provide Applied Behavior Analysis treatment. Our federal government, however, refused to get involved in any meaningful way and the Harper government played politics with the National Autism Strategy. The pitiful National Autism Symposium was postponed to allow the deck to be stacked with anti-ABA advocates and to weed out ABA advocates including me.  Here in New Brunswick our successful provincial program for early intervention based on the recognized (Eric Larsson, David Celiberti) UNB-CEL Autism Intervention Training program has  been abandoned at both the early intervention and school levels in favor of  in house autism intervention "training". In New Brunswick gains made are being abandoned, in Canada federally they never started.  In the Courts our Supreme Court of Canada, apart from a human rights and statutory analysis,  opined in Auton that ABA was an "emergent" therapy, notwithstanding earlier findings by the US Surgeon General, among other prominent authorities, that ABA effectiveness as an autism treatment was backed by 30 years and hundreds of studies.


Our good neighbors to the south, however, are taking autism disorders more seriously with more states requiring insurance providers to include ABA treatment and a 2012 federal judge ruling ordered that Medicaid cover ABA treatment in Florida.  Now Autism Votes, an Autism Speaks initiative, reports that the US federal government has concluded that ABA is primarily a medical, not just educational, therapy with the result that autistic persons among the 8,000,000 US federal employees will be eligible for ABA treatment under their medical coverage:

NEW YORK, NY -- Autism Speaks hailed today’s announcement by the federal government, the nation’s largest employer, that Applied Behavior Analysis (ABA), the most widely used behavioral intervention used to treat autism, is a “medical” therapy that qualifies for health insurance coverage, rather than an “educational” service.

The decision by the U.S. Office of Personnel Management (OPM) involves health insurance coverage provided to the nation’s eight million federal employees, retirees, and dependents, under the Federal Employees Health Benefits (FEHB) Program. It could have even more far-reaching implications on the health insurance benefits provided all Americans living with autism, as it will be much harder for insurance companies to continue denying coverage for ABA treatment.
.
“The OPM decision directly contradicts a long-standing insurance industry claim that ABA therapy is not ‘medical,’ but rather ‘educational’ - provided by the schools at taxpayer expense,” said Peter Bell, Autism Speaks executive vice president for programs and services. “Now, tens of thousands of families will have better access to more affordable, critical ABA treatment.”

The decision was rendered in the form of guidance to insurers who participate in the FEHB Program for policies that will be renewed or issued starting in 2013. The OPM decision does not require the insurers to cover ABA, but rather allows them to offer the coverage as it does many other medical treatments. The guidance reads: “The OPM Benefit Review Panel recently evaluated the status of Applied Behavior Analysis (ABA) for children with autism. Previously, ABA was considered to be an educational intervention and not covered under the FEHB Program. The Panel concluded that there is now sufficient evidence to categorize ABA as medical therapy. Accordingly, plans may propose benefit packages which include ABA.”

Autism Speaks has fought to provide families insurance coverage for ABA therapy through state-regulated plans, self-funded group plans that are regulated under federal law, the FEHB Program, and TRICARE for military families. In each instance, opposition to covering ABA treatment has been based in large part on the claim that ABA is educational, rather than medical."

In Canada our provincial government health care providers defined autism intervention as a social service rather than a medical necessity helping it avoid responsibility for autism coverage in the Courts. Canada still has an autism advocacy movement at work trying to right the Canadian autism ship which has floundered on the rocks of indifference.  Medicare for Autism Now! has been fighting hard to encourage our disinterested federal government to take autism seriously, meet with the provinces and get effective ABA treatment covered for autism under all provincial health care legislation.

Wake up Canada! We are not falling behind in autism treatment we have already fallen way, way behind.  Get behind Medicare for Autism Now! and provide your support, get involved.  When we wave the Canadian flag this July 1st lets remember our autistic children in need of effective ABA treatment. If our American friends can wake up and address the autism crisis that confronts us all surely we Canadians can do so too,  EH?