Autism and Environment: Dr. Szatmari Gets It Backwards 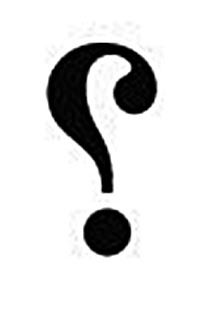 The New York Times, to its credit, understands the implications of the recent twins study in terms of its potential to shake the old boys (and girls) network that has clung to the "it's gotta be genetic" paradigm in exploring and understanding autism.  It is also clear, as the following two quotes make clear, one a comment by the NYT journalist who wrote the article  and the second by respected Canadian autism expert Dr. Peter Szatmari.
NYT Reporter Laurie Tarkan:


New Study Implicates Environmental Factors in Autism
A new study of twins suggests that environmental factors, including conditions in the womb, may be at least as important as genes in causing autism.
Autism Expert Dr. Peter Szatmari
“This is a very significant study because it confirms that genetic factors are involved in the cause of the disorder but it shifts the focus to the possibility that environmental factors could also be really important."
With all due respect to the learned, and respected, autism expert Dr. Szatmari the significance of this study is that it tilts thinking, hopefully finally, away from the established expert obsession with the belief that genetics explains autism completely.  The study is not important because it confirms that genetic factors are involved in the cause of the disorder. Dr. Szatmari has it backwards. The study  is important for the exact opposite reason ... it demonstrates the very important role of environmental factors in causing autism as subsequent quotes and comments in the NYT article assert:
"“I think we now understand that both genetic and environmental factors have to be taken seriously,” said Dr. Joachim Hallmayer, an associate professor of psychiatry and behavioral sciences at Stanford and the lead author of the new study, which is to be published in the November issue of Archives of General Psychiatry. ....... surprisingly, mathematical modeling suggested that only 38 percent of the cases could be attributed to genetic factors, compared with the 90 percent suggested by previous studies .... And more surprising still, shared environmental factors appeared to be at work in 58 percent of the cases"
The respected Dr. Szatmari got it backwards. The 100% genetic explanation for autism has dominated official thinking for over a decade.  In the last half decade a new paradigm has been emerging which views autism as resulting from the interaction of genetic and environmental factors.  That paradigm has now clearly arrived.  Those who cling to the it's gotta be genetic paradigm will now have to be viewed as the dinosaurs they are..... unless of course they evolve very quickly and adopt the environmental-genetic interaction paradigm of autism causation.
Posted by Unknown at 9:01 pm

I believe it's possible for autism to be linked to the environment and genetics. However, if it is the environment - I doubt anything will change. I mean, there are people in the world who do not believe in global warming. Fat chance those folks will never make the connection between autism and the environment.