Is Autism Rising? Autism Knowledge Will Be Lost in the DSM-5 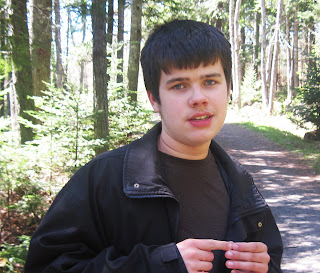 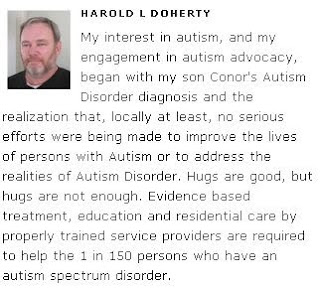 Old  (past 2 years) Facing Autism in New Brunswick profile
Autism Rates 1 in 150
Autism Rates Today: 1 in 110
Autism Rates Post DSM-5:  Who Knows?
Knowledge is power said   Sir Francis Bacon.  Unfortunately the American Psychiatric Association with its treatment of autism disorders in  the DSM-5 seems to disagree with Sir Francis Bacon.  The decision to merge existing Pervasive Developmental Disorders in the DSM IV , and to increase the numbers of persons by adding a category for  persons with  "sub-clinical" characteristics of Aspergers will deprive us of much knowledge about the nature of autism disorders and aggravate existing challenges in understanding what causes autism disorders.

One of the major debates about autism disorders revolves around the question of whether autism disorders are truly on the increase, and are caused by environmental factors or triggers,  or whether the startling increases (from 1 in 500 when my son was diagnosed in  1998 to the current 1 in 110 recognized by the CDC) in autism diagnoses is totally explained by the 1994 DSM-IV revisions and social factors such as increased social awareness of autism, diagnostic substitution, alleged greater access to services for autism diagnosed children etc.

Most of these excuses for denying that autism is really rising are speculative but the DSM-IV diagnostic changes are real and there is no dispute that those changes play a significant part in explaining some of the increases.  The debate rages though over whether it explains all or substantially all of the increase in autism diagnoses.  After the DSM-5 kicks in the debate, and our knowledge of autism disorders and whether they are really rising , will be muddied further by the expanded definition of autism spectrum disorders. Epidemiological studies will be weakened (unless they somehow can be argued to show vaccines don't cause autism) by the difficulty arising from comparing autism rates pre and post DSM-5.  Autism knowledge, important autism knowledge about the role of environmental factors  in causing autism disorders will be lost or obscured.

This comment was prompted by some revisions I am doing to this blog site. I added the picture, above, taken yesterday of my now 14 year old son Conor to my sidebar . When he was diagnosed 12 years ago I read of autism rates of 1 in 500.  As I read the profile section in the sidebar I noted my profile note of a couple of years ago referring to rates of 1 in 150.  I am now changing it to read 1 in 110.  After the DSM-5 is in full effect, and assuming I am still being a nuisance on planet Earth, my profile section might well state 1 in 50.  And arguments will rage over whether the figure reflects a real rise in autism diagnoses or changes brought about by the expansion and dilution of the autism categories in the DSM-5.

Take a look further back; only a total fool would even begin to doubt that the rates are skyrocketing. Mercury in our vaccines and in the environment caused by CAFOs and coal are a bad, bad synergy. The manual change may be influenced by big pharma, but as to rates, that is a slam dunk anymore.