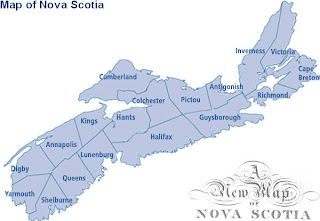 In Helping kids with autism shouldn't be a lottery Bobbi-Lynn Hall reports on Nova Scotia's lottery system, a system which is clearly and obviously morally bankrupt. I do not make that characterization lightly. I was born in Waterville, Kings County, Nova Scotia, bordered by Annapolis, Lunenberg and Hants County. My parents, a brother and three sister and their familes, my aunts, uncles, cousins, great uncles and aunts, most of my extended family lives in Nova Scotia. I vist regularly.

I find it hard to accept that Nova Scotia reduces the lives of autistic children to a game of chance, to a lottery system, that determines which children receive the ABA treatment that has been well documented over decades of studies as an effective intervention that dramatically improves the life skills and outlook for autistic children. As Bobbi-Lynn Hall stated:

In Nova Scotia, there are children receiving Early Intensive Behaviour Intervention, a treatment proven to improve vocabulary and social skills and reduce behaviour issues in most children with ASD, but it's based on a lottery system.

We all talk about how great it would be to win the lottery and what we'd spend the money on. But what if your child's future was dependent on winning a lottery and what if you didn't win? Would you be thinking maybe if you had picked a different number, or maybe if you had bought your ticket last week instead of this week, that maybe things would have been different and maybe your child would be the one receiving the treatments that could help him experience things that otherwise may not have been possible?

autism
Posted by Unknown at 5:50 pm