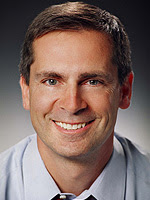 The Liberal government of Ontario Premier Dalton McGuinty has stepped in to announce it would provide funding to ensure that a summer camp for autistic children remained open after it had been announced that the federal Conservative government of Stephen Harper was cutting funding for the camp. Stephen Harper cutting funding for autistic children? No surprise there.

OTTAWA–While a Toronto camp for autistic children will now go ahead this summer after Queen's Park came to the rescue, hundreds of other community projects across Canada are in doubt because they are being refused funding to hire students by the federal Conservatives.

But Ontario wasted no time yesterday in announcing it would help run the Yes I Can! camp.

Mary Anne Chambers, Ontario's minister of children and youth services, said she was moved to act after reading in yesterday's Star that Ottawa had rejected the camp's funding request.

"We will make sure that that summer camp continues for these kids," Chambers told the Legislature.

"We, the government of Ontario, will invest the $38,000 that they have lost in order to ensure that these kids can continue to have a summer camp," she said.

For more than a decade, the school has relied on federal funding to hire student counsellors to run a camp for up to 65 pre-schoolers with autism as well as low-income kids.

Janet MacDougall, the school's executive director, said she was grateful for the province's offer although she hadn't been given official word last night.

"I am so grateful they are coming to the party," MacDougall said.

She said the provincial cash was welcomed, especially since she's been pushing Queen's Park for three years to provide funding for her school.

MacDougall says she was overwhelmed by the response to the Star article, including calls from the offices of federal Liberal Leader Stéphane Dion, provincial Progressive Conservative Leader John Tory and countless Star readers, all keen to donate cash or offer their help to keep the camp open.

Bert Levy offered up $9,500 from the Orion Foundation, a charity that assists people with disabilities, to kickstart the community fundraising.

"They're stepping on the very weakest of our people. Makes you wonder," he said of Ottawa's decision to reject the funding request to help autistic kids."