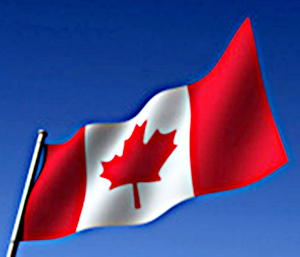 As a Canadian father of an autistic son I have mixed feelings about our governmental responses to the autism disorders which affect 1 in 110 Canadians.  Our current federal government has shown more interest in destroying our national census system than in addressing the autism crisis that is creating increasingly larger demands on services at all levels across Canada.  In Prime Minister Stephen Harper's reality autism simply does not exist and need not be addressed by our federal government. Across Canada provinces have responded in varying degrees, with varying effort, quality and result in providing autism interventions and services.  On the research side Canadian autism research has been dominated by those who believe that the notion of curing autism is nonsense and those who believe as an article of faith, and contrary to evidence, that autism is 100% genetic in nature.  Accordingly, I was pleased to see an article in the Hospital News about autism research focusing more on genetic and environmental interaction being conducted by Dr. Dorota Crawford an assistant professor in the School of Kinesiology & Health Science at York University and other researchers who are part of the interdisciplinary Autism Alliance Research Group in York’s Faculty of Health:
She is using her unique dual expertise in genetics and neuroscience research to study how genes that have been associated with autism affect brain cell development, and how environmental factors – for example, drugs or infections – may cause molecular changes that interfere with communication between neuronal cells in the developing brain. She is confident that breakthroughs in earlier diagnosis and treatment of the disorder will come from a multidisciplinary approach. Crawford’s lab at York University is one of very few autism labs in the world that integrates genetics with molecular and cellular neuroscience approaches to study the link between biological and environmental causes of autism and behaviours. She is a faculty member of the Neuroscience Graduate Diploma Program and also part of the interdisciplinary Autism Alliance Research Group in York’s Faculty of Health. By working together, researchers in the Autism Alliance are seeking to understand the whole individual, working from the level of genes to cells to behaviour and the family. Their research ranges from basic science to clinical outcomes: from studying how social signals such as facial expressions are processed by our brains, for example, to trying to improve the language and communication skills of children with autism. Crawford’s current study, in collaboration with Children’s Treatment Network in Richmond Hill, aims to isolate causative genes to improve understanding of what goes wrong in brain development. The study will identify genes that predispose infants to autism by analyzing simple, non-invasive cheek swabs volunteered by children and adults who have been diagnosed with the disorder. Using the cheek swabs, Crawford will be able to measure gene expression levels in people with autism (gene expression is the chemical process of translating genetic codes in DNA into a protein). Her hypothesis is that an excess or insufficient expression of a gene may contribute to brain deficits and the symptoms of autism because early brain development depends largely on gene expression. Crawford will analyze the genetic material derived from cheek swabs using powerful new microarray technology that is able to detect more abnormalities than standard genetic tests. The technique used in the study will be useful for diagnosis of autism earlier in life, says Crawford, and will enable the development of more individualized intervention programs and identification of potential therapeutic targets. Her laboratory at York has produced a number of important results already, using a state-of the art microscope imaging system funded by the Canada Foundation for Innovation and Ontario Research Fund, and research investment from the Natural Sciences and Engineering Research Council of Canada. A recently-published study by Crawford and York graduate student Javaneh Tamiji showed for the first time how the drug misoprostol, that was misused by pregnant women in Brazil to terminate pregnancies, actually interferes with neuronal cell function. The study shows that the drug reduces the number and length of neuronal extensions, which might prevent the cells from communicating with each other. The drug is not used by pregnant women in Canada. However, the study also describes that other factors – for example, infections or inflammations – might have similar effects and interfere with development of brain cells in utero
It appears that in Canadian autism research circles the old guard is finally giving way to new researchers , new ideas and approaches and the new Autism Research Paradigm that views autism as the interaction of genetic and environmental factors. The US Senate recently heard evidence from a number of experts who talked about possible enviromental triggers involved with autism.  Leading autism researchers like Dr. Irva Hertz-Picciotto have identified the need to conduct more environmentally based autism research and to distribute autism research dollars more evenly.  Change is finally happening in autism research circles with the  insistence that autism is entirely genetic starting to fade.
The Autism Research Paradigm Shift is happening. Even in Canada, eh?
Posted by Unknown at 6:44 am

As far as I know, there is nothing new in recognizing the role of environment in autism. E.g. it is well known that several percentages of children with congenital rubella develop autism.
I know a couple whose daughter has autism far more pronounced that my son's, and also marked developmental delay. Doctors have always explained her disabilities by prolonged birth causing brain hypoxia.
It would be impressing if researchers discover some environmental factor we can actually control - but this doesn't seem the case so far.