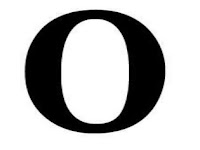 The figure above represents the sum total of Michelle Dawson's ABA experience and expertise. Despite her voluminous writings (mis-characterizations) of ABA she has not, to my knowledge , indicated that she has any actual experience or expertise with ABA. Given her lack of actual involvement with ABA has her years long crusade against ABA intervention for autistic children been done in good faith? Is it ethical for her to appear in legal, political and media forums in an effort to keep OTHER PEOPLE's autistic children from receiving the benefit of ABA?
Ms Dawson brought a human rights complaint against Canada Post where she was employed as a letter carrier. Her complaint was based on Canada Post's failure to accommodate her disability as a person with an autism disorder. Some of her allegations against Canada Post were dismissed but she was successful in arguing that some Canada Post management employees had harassed her. In making that complaint Michelle Dawson, who the evidence showed was a very good letter carrier, and who has demonstrated considerable intelligence in fashioning a career as a researcher, still considered her autism disorder to be a disability that required accommodation.
In the course of that hearing Ms Dawson testified concerning her own self injurious behavior over a period of at least 9 years from 1990 to 1999. The mysterious Dr. "M", a colleague and co-author of papers with Ms Dawson, also testified concerning Ms Dawson's self injurious behavior and made it clear that self injurious behavior is directly linked to autism [paragraph 103]. Dr. M testified specifically about Michelle Dawson's self injurious behavior:
[129] The record shows that the second letter refers to Ms. Dawson self-inflicted wounds. In his letter, Dr. M. restates that Ms. Dawson is autistic and refers to the fact that Ms. Dawson’s psychological equilibrium is maintained through acts of self-injury performed at home, that it is a way for her to cope psychologically with intense emotional reactions and should not be seen as an expression of anger.
[130] Dr. M. testified that Ms. Dawson had told him that the injury that she self-inflicted helped her psychologically. For Dr. M., Ms. Dawson had the habit of self-injuring. Dr. M. interpreted these acts of self-injury as a sign of major psychological suffering, a way for autistic individuals to cope with anxiety. He stated in his testimony that he personally saw one of the wounds that Ms. Dawson had inflicted upon herself and stated that the wound was impressive, and would have been impressive for her coworkers.
In the case Ms Dawson also gave considerable evidence about how best to communicate with autistic persons, not just her as an autistic persons, but autistic persons generally. No authorities, studies, Random controlled trials or any other "science" are cited in support of her opinions.
Michelle Dawson has first hand knowledge of the serious self injury that some autistic persons inflict on themselves. Reducing self injurious behavior, not conforming to an abstract social norm, but reducing self injurious behavior, is one of the well documented results that people who actually work with ABA and autistic children have achieved ... the self injurious behavior which is directly linked to autism as Dr. "M" testified.
In my view it is bad faith, and it is unethical, for Michelle Dawson to oppose efforts to reduce self injurious behavior in autistic children via ABA. For a period of at least 9 years she was obviously not successful at eliminating her own serious self injury. And yet she has opposed ABA interventions for other people's autistic children even though it has been used by professionals and parents to help autistic children reduce such self injurious behavior. She does so despite a complete lack of expertise and experience with ABA and despite having no other solution to offer parents trying desperately to help their children.

Great post!! As I have said in the past Michelle Dawson has done much damage to the autism community. Her opposition to ABA is shameful. She is not capable of feeling shame.
CBC and like media cannot get past her ability to articulate...the are equally as uneducated about ABA and it's benefits.

Autism is a serious one. It is a neurological development disorder for which there is no cure. Children with autism may have discrepancy in behavioural, communication and social interaction skills. Anxiety and depression also set in with these sufferers. The solution is early diagnosis which is difficult. Training for teachers and parents, autism specific child care centres and playgroups is the key step towards tackling this problem.

Parents of severely autistic children already know that ABA is not going to "normalize" them but instead give them proper and important skills, a major one being reduction in self-injury.

I'm not really sure where Michelle Dawson get her "ABA is bad because it normalize autistic people" rhetoric from to be honest.

Michelle Dawson is "fixated" on other people's autistic children and what their parents are choosing to do to help them. Maybe some ABA would address this weird fixation on decent parents trying to help their kids and she could get a life.

wow, its been a while since I read your blog, my bad as I like to keep up....

Michelle Dawson has every right to not agree with ABA, but like always say, if these anti-cure' people met my son, then they can see the other side of autism. It just makes me so angry when these people speak like this.

So yea, Michelle Dawson, look in my sons eyes and tell him you hope they don't find things that can help him....I dare her.

If my son was capable of speaking like Michele, he would be the first to tell her how it sucks to be him....

sorry for venting. I hit send before I could tone it down some. sorry about that.

I didn't really see it as venting. And I take absolutely no offense.

I agree that Ms Dawson has the right to express herself. But the right or freedom of expression should be exercised responsibly when trying to influence public understanding of serious issues and public decision making ... IMHO.

I do not think she has been responsible in opposing the provision to other people's autistic children of the most evidence based effective autism intervention.

could not agree more. Its really disheartening to see how much damage one can cause without actually thinking their opinion through and how it can actually effect so many other people. It just makes me so mad.